A Quiet Death (The Dark Peak, #3) by Cari Hunter

I have said it before, and I will say it again Cari Hunter writes fantastic books. She is hands down one of the best authors in this genre. The Dark Peak series has been an absolute delight. I completely adore the two main characters of this series, Meg and Sanne. I have loved seeing the progression of their relationship and the craziness that they have had to endure. With that being said, I was not floored by this particular book. To me it’s good. It’s just missing some of the sparks of the previous two stories.

A Quiet Death begins as Sanne and the other EDSOP crew uncovers the body of a teenage girl who succumbed to hypothermia out in the Peaks. This young malnourished woman was half dressed and had a multitude of injuries, including being sexually assaulted. This is the beginning of a much larger case, with a swarm of bad guys that are beyond horrendous. This case is gritty, dark and reeks of perversion. While Sanne is chasing clues, Meg is dealing with ER politics and helping Sanne’s mother cope with her husband’s alcoholism and the punishment it has done to his body.

The first seventy percent of the story to me was somewhat dry. The majority of time is spent with Sanne or Eleanor (Sanne’s captain) as they begin to try to unravel the possible sex trafficking ring linked to the young teen. Basically a police procedural,  involving questioning unsavory characters and of course a stakeout. This is very much a crime based book, if you are looking for romance you will find it scattered throughout the book, but it basically comes to Meg and Sanne cuddling in bed after dreadful days at the office. To me, this is where the book lacked from the other books in the series. That spark of these two was missing. Their interactions are limited and bland. I missed Meg and Sanne together and their banter and wit.

The last 30 perfect goes into hyper drive and how the case is resolved in stellar. It was done masterfully and you could see every part as Hunter unraveled this tangled web. The ending is fantastic and really takes you on a wild ride full of twists and turns.

I may be the only person on the face of the Earth that doesn’t love this one. Its good, it truly is but it’s just not great. Cari Hunter has set an exceptionally high bar, though. 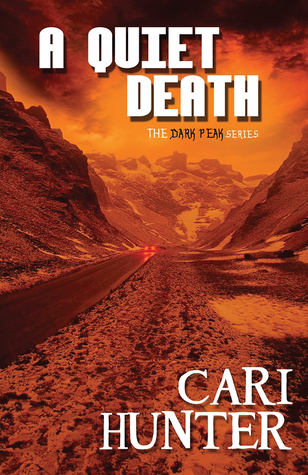