The Last of the Loudens by Robin Alexander

Robin Alexander’s books are a favorite of mine. I love her humor and style of writing, I love that there are always zany characters that a full of life and mischievousness. So when I see a new one of her books is out, I automatically snatch it up.

Taryn Louden doesn’t know what life has in store for her but she knows that she needs a change from how it was going. When her elderly aunt calls her up, shortly after being laid off, to take over as the project manager of her historical home’s massive remodel, she jumps at the chance. Anything is better than taking another job like her last one, sure it paid the bills but every day she died a bit more on the inside. Little did she know how badly the house had been rundown. We are talking seriously decrepit, think horror story style house! Plus, her aunt is acting weird and spends much of her time talking to ghosts from the past.

Vicky Andre is the head of the Louden construction project. She is hated by Taryn’s aunt and the feeling is pretty mutual. She takes the project because restoring old homes is her passion. Vicky used to run through women like water but has recently come to want more in life. Her sister is constantly trying to get her to settle down, she’s just looking for someone that can hold her attention.

This book is good but is not one of Alexander’s best. While chuckle-worthy in a few places it didn’t have the hilarity of some of her others. I don’t always need super funny, though. What I do need is for the two mains to give me the feels or capture my heart just a little. This is where I thought this book faltered, compared to let’s say Next Time or Pitifully Ugly. Those two of Alexander’s you feel the passion and the love coursing through the two protagonists. Vicky and Taryn’s love story just didn’t move me much. This book is good, its just when you compare it to the author’s past books it comes up a bit short.

The Last of the Loudens
by Robin Alexander
Link: http://a.co/bGAhB5R 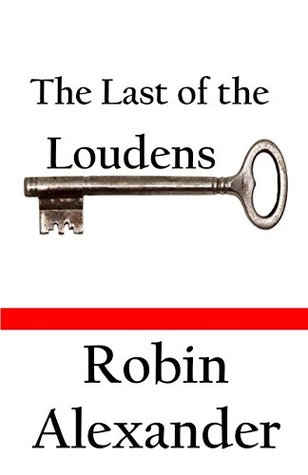