Wendy Cedar is an intern for an aerospace engineering company with diverse interests, think Lockheed Martin. Wendy is totally unsatisfied with her career up to this point. Her boss is a mega-jerk who treats her like a high school student rather than the masters in engineering grad that she is. What makes matters even worse her love life is even more dismal. Everything changes when Janet Lace enters the picture and not only steals her heart but gives her a chance to advance her career.

Janet is a recent divorcee. Her wife of forever is having a mid-life crisis and therefore leaves Janet for a new woman and a new career. Janet is used to her life being more routine, so when her wife leaves her for another woman and a new career, Janet isn’t all that sad, she’s more lost than anything. To make matters worse she has begun having a crush on the much younger, Wendy, who she just acquired on her team.

This book is an interesting combination. One part romantic comedy, one part edgy and then mix in a bit of BDSM thrown in just to keep you on your toes. This interesting combination works because of the fun and quirky banter between the two mains. Kaplan is extremely skilled in creating dramatic and interesting dialogue between her characters. Where I would say the book is a bit weak is that while you like Wendy and Janet, you don’t completely buy into their relationship. I never felt like oh yes they will make it, this is true love. I think the book needed to spend more time with the characters together. Wendy and Janet’s relationship is in the building stage and then all the sudden goes at breakneck speed till the end. I wanted more togetherness. Overall this book is fun, and well written the romance left me a tad flat. Still a huge fan of Georgette Kaplan’s work thus far though! 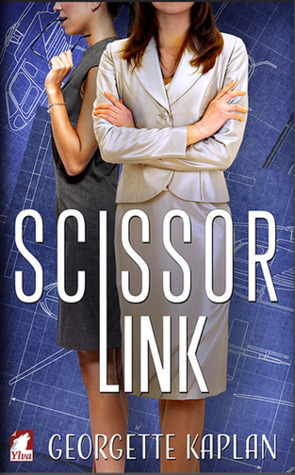