You may go into this one thinking that this is a sports book, from the description and the cover that was where I thought this was going. Sports with a romance, right? Well, technically those boxes were checked but this story has a darker grittier feel to it. Let me explain, then you can decide for yourself.

Jessie Grainger is former Scottish national team soccer player. She is an amazing athlete whose sole focus is on being the best in her sport. She has had big offers to play for other European clubs, that have better teams and are better funded but she chooses to stay with Lothian Thistle FC because she can live and play in her Scottish hometown. Jessie is focused, hardworking and a woman that exudes honor and dignity both on and off the pitch. Her life is thrown off a bit when her team picks up Fran Docherty, a defender when questionable on the field tactics.

Fran Docherty is a hard character to like, in my opinion. Fran comes onto the team as a tough defensive player that speaks very little and basically plays the game for the paycheck. That basically sums up the sports part of this book. Fran is coping with a drug and alcohol addiction. She manages her desperation for a fix by using cigarettes and anonymous sex as a distraction. This is one part of the story that just killed me. First off Fran probably smokes eleventy billion cancer sticks through the course of the book. Every paragraph is Fran reaches for a cigarette, Fran smokes a cigarette, cigarette, cigarette…OMG!!!, I get it she loves her damn cigarettes. How in the world does she play soccer at this level? This degree of smoking is not conducive to the fitness needed. Add on to it that she just got out of a two-year stint in jail and is recovering from years of using hard drugs, like heroin. She is not capable of playing in a competitive recreation league much less a team, trying to break into the Women’s Champions League. I call bullshit, that doesn’t make sense!

Secondly, this character doesn’t speak. Now, I love a strong silent type as much as the next romance lover, but Fran basically grunts, smokes and sleeps through most of the novel. I literally cannot figure out how in the world Jessie became attracted to someone who has zero redeeming factors. She isn’t very nice, she doesn’t communicate, there just wasn’t any depth to Fran. There is a lot of telling in regards to Fran rather that showing me the woman that she really is. She has a lot going on, she is taking care of her elderly grandfather by paying for his retirement home, she runs his bar, plays soccer, is besties with a punk rock legend, plays the guitar like a badass, coping with addiction…but that’s the problem you have so many moving pieces but no real character development and no dialogue between the two mains. It was very frustrating.

Basically, I could not cheer for Jessie and Fran to become a couple. Jessie needs to run the other direction and Fran needs counseling for a variety of serious issues. The book needs more showing, less telling. There was so much going on with sub-plots, it missed making good characters and a cohesive story. It also needs more dialogue between the two mains, so much more dialogue! 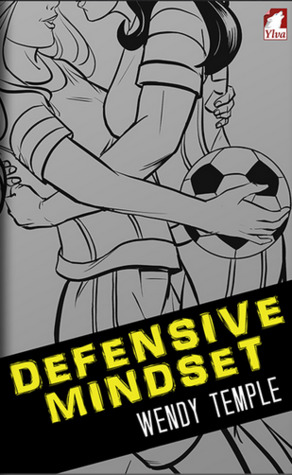