Kate Brannon and Gina temple are back in Under Parr. We pick back up with these two amazing women about 6 weeks after the conclusion of Collide-O-Scope. For Kate, there is another crime to investigate. This time around, a skeleton has been found in an abandoned WWII bunker. From the reader’s perspective, we already know who the crime was committed and why the elderly man ended up where he did and how is life ending injury occurred. From the beginning, we know the details of why the killer kills and how they do it. We stand back and watch Kate and her team figure out the clues.

This already in the know aspect of the book, while an interesting concept, to me at times became a tad bit tedious. We know most of the details, and while of course there are still clues to uncover, it has a lot of detective talk, to finally get to oh yeah, it was that person, totally already knew it. It was great to see Kate back in action, but I felt like this piece of the story was too much the focus, when Gina’s part is so much more powerful and interesting.

Gina and her daughter Sammy are living with the aftermath of what happened in Collide-O-Scoop and the havoc Ally Robbins reeked on their lives. Life after does not go on with rainbows and butterflies. These two have now become the pariahs of Brandale Staite. Not to mention both are suffering from PTSD. I think the challenges that the Temple’s face was endearing and fascinating. I like that Bramhall didn’t gloss over the trauma both Sammy and Gina went through.

My guess is this book, is a big set-up for the third book in this series. At the end of this one, the investigation of the skeleton is easily wrapped up but there are still big issues facing Gina and Kate as both individuals and as a couple. There is also an unknown element that briefly appears and is left unresolved. Overall, I look forward to the next installment of this series. 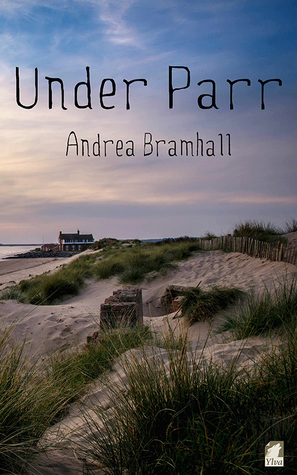