Up on the Roof by A.L. Brooks

Slow burns are one of my favorite tropes in romance. I love that will they or won’t they, the delicious pull that both characters keep denying for whatever reason. Totes love it! What you need though to make this work and really pull in the reader is that dazzling chemistry and allow the characters to really develop over the course of the book. Not an easy feat!

Megan Palmer is a new tenant to a Victorian conversion in London. Megan is a fitness trainer who is laid back and loveable but easily rolled over by dominating personalities. Enter her neighbor, accountant, Lena Shah. Lena is the direct opposite of her new neighbor. She’s a loner by nature, easily irritated and has OCD. Megan and Lena get off on the wrong foot and Megan does everything in her power to appease Lena, except with every forward step she takes she then will make another mistake in the eyes of her neighbor. A leaky roof forces these two to cohabitate and this changes the dynamic of their relationship.

I think what grabs me the most about this book is Lena’s character. She’s bitter, at times cold and prickly. She is not easy to love when she feels embarrassed or out of sorts she is quick to lash out. Megan takes a lot of lashes that would be hard for anyone to take. She has redeeming qualities, they just tend to be overshadowed by her other personality traits. She teeter-tottered right on the edge of unlikeable. What I did like about her is that she does have a great amount of self-awareness in regards to her behavior. She knows what she had done wrong she is a work in progress on changing her quick reactions.

More than anything I wanted more dialogue and a little less repetitiveness in regards to Lena and Megan’s daily interactions. A slow burn that just needed a bit more. 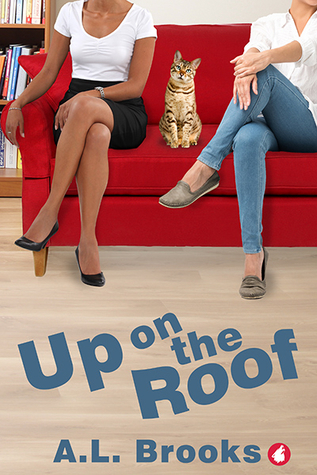