Playing the Spy by Maggie Brown

Eleanor Godwin is a mega-star in Hollywood and beloved by many. As a household name, Eleanor has very little privacy and the small amounts she does have she guards fiercely. After wrapping up a punishing role, Eleanor is exhausted and ill from the toll she reeked on her body to get into character. She decides to return to her birth country of Australia for some much needed rest out of the public’s eye.

Our other main character is a journalist on the political beat. Sophie Marsh is forced by her editor to take an undercover role, as a housekeeper/cook to infiltrate the life of Eleanor Godwin. Sophie has no interest in Hollywood or reporting on entertainment news. Her sexist boss forces her to take the role or hit the unemployment line. The young journalist reluctantly agrees knowing that this is so wrong on so many levels and decides upon arrival at the private island she will not do harm to Eleanor Godwin’s reputation no matter what.

This adorable and sweet relationship blossoms from a reluctant friendship to an all-out burning love affair. The two main characters are delightful and you love them for their kindness and strength as well as the many missteps they make on their journey to happily ever after. You root for their success all the way through. A fantastic read! 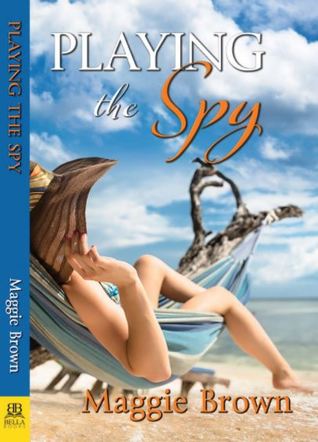