Clare Lydon has once again succeeded in making me smile, and fall head over heels with her adorable characters. This British rom-com makes for a charming read.

Alice Di Santo has a monstrous crush on one of her close friends. She daydreams about Rachel all the time. One big problem, Alice is currently in a relationship with Jake, and has been for some time now. Until Alice met Rachel she had always thought of herself as straight. For months she has felt herself pull away from her deliriously nice boyfriend to become more and more stressed about her feelings for another woman. She has no choice but to let Jake go, he deserves better than she can give him.

The London Of Us is written in the first person from Alice’s point of view so everything really focuses on her emotions, and she has a lot of them. Alice is a good person going through a lot. The book is full of the complications that Alice occurs as she admits her feeling for Rachel and ends her relationship of a year and a half. This book is full of smart dialogue, sexy love scenes, the wistful hope of finding your soulmate.

The London Of Us (London Romance Series Book 4)
by Clare Lydon
Link: http://a.co/2g73sBk 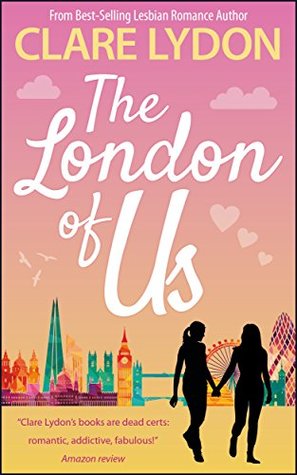