Meant To Be Me by Wendy Hudson

Darcy Harris has a great job, an adorable countryside cabin, and part ownership of a sailboat. Life is good, almost perfect except for two issues. One, this beautiful hopeless romantic is looking for that perfect someone to fill her heart with love, laughter, and companionship. The second is a bit more pressing. Darcy has a stalker, who is hell-bent on running off every potential suitor and whose anger and erratic behavior is escalating quickly.

Eilidh Grey is on the road to recovery. Eilidh was attacked as she attempted to help a homeless man escape a brutal beating by a gang of thugs. They killed the man and nearly killed Eilidh as well. After months of recovering both physically and emotionally, Eilidh has finally she has broken up with her unloving girlfriend, returned to work and has her sights set on really living her life to the fullest.

The story is set in Inverness, Scotland and begins with a chance meeting between Eilidh and Darcy. These two immediately hit it off and a date is made. As smitten as these two are with each other, Eilidh needs to get her affairs in order after her breakup and Darcy is dealing with a demanding best friend whose marriage has just dissolved and the stalker issue. There is a romance and it is so sweet and cute but this book is all about the thriller.

What is really cool about this book is that it has multiple points of view. You read through Darcy, through Eilidh, as well as the demented stalker. You see what they see, feel that they feel and really get into their headspace. This book takes you on a roller coaster of emotions that keep you tangled up till the very end. Wendy Hudson did a bang up job with this one and every character is so well. 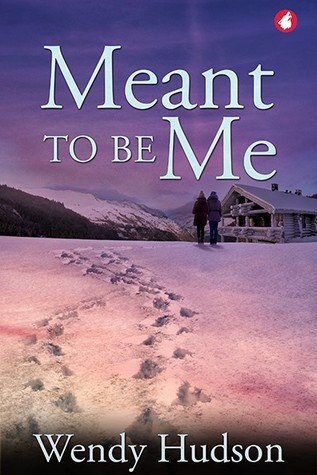