Hollywood actress meets fiction writer and viola love has been found. There you go, now you have read Starstruck by Leslie Davis. Just kidding! There is way more to it than that, I forgot to mention the crazy psycho stalker in on the loose.

Cassidy Hayes is a Hollywood actress on a relatively new but super popular television show. The British actress is sexy, fierce and has a fiery temper. Cassidy is also being tormented by a male stalker who wants nothing more than to make her his own personal plaything. Watch out Cassidy! This is where the book begins. Cassidy goes home to her apartment in Burbank, California and finds that the stalker has been in her home. Upon that violation she moves into a friend’s home in a gated community while said friend is vacationing is Aspen.

Enter Aiden Darrow, the handsome, noble writer/ next door neighbor. Aiden straight away rescues Cassidy form unruly automatic sprinklers and saves the day. This is a hint for the rest of the book. The nerdy neighbor has a hero complex and wants nothing more than to be Cassidy’s own personal superhero. She knows who Cassidy is, and is a HUGE fan of the actresses current sci-fi TV show, The Alchemidens.

Hollywood beauty meets stoic non-celebrity has been done before, a multitude of times. Really that’s totally fine, I’m not looking for a new concept every time I pick up a romance novel. Unfortunately when the book is middle of the road in that particular trope it is pretty noticeable. I could not help but begin thinking of past books I have read.

The story had parts that were interesting and captured my attention, but there were also times that the book came across dull and flat. Too much emphasis was put on Aiden’s being a superhero junkie. I didn’t quite buy it. I felt like this was the author speaking about her likes versus really being the character’s voice. Aiden could have been so much more, but she was never really given a lot of dimension. She spoke of her troubled past but it was done in a way that didn’t really come off a natural, I felt contrived to me.

With that being said, the book is still quite good. The pacing is right on, and the story while predictable, it was also entertaining. 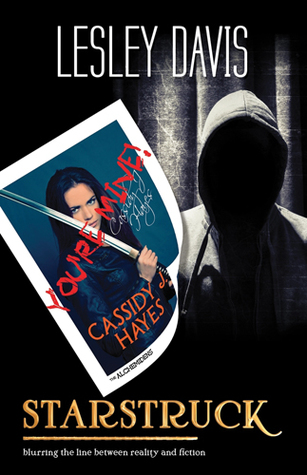