The proprietor of a funeral home, Catherine Samuels, knows all about the dead but that’s not what concerns her. No, it’s the dead that suddenly become undead that keeps her up a night. So zombies? Well, that too, plus some demons, ghouls and well you get the drift. . . scary creatures! For Catherine this is her legacy, her family has been put in charge of the gate to Hell since the beginning of time. The problem is Catherine’s family kept her out of the family business, and now that they have all passed on she’s grasping at straws to figure out what to do next and stop the increasing flow of dead bodies that are coming back to life and reeking havoc.

Cassandra “Cassie” Evans, is a fighter. Her job on Earth is to put the evil undead back where they belong. She uses her special skills to keep order between the living and the departed. Cassie comes to Catherine’s funeral home to help her figure out this mess. She has no clue that Catherine does not know her families secrets and what her duty as the keeper of the gate entails.

When Cassie gets to Catherine’s manor in the beginning of the book you have your basic, “I’m attracted to you, but I don’t want to be” setup. Cassie sees Catherine as part of her job and she wants nothing more than a professional relationship. What threw me as the reader is then we go for about a week with the boss and the employee completely avoiding each other. They even live in the same house, but no communication whatsoever. Once the do communicate its with kisses. Whoa! That kind of threw me, talk about zero to sixty.

Overall the book is an interesting tale of two women fighting to hold the world together, at the same time finding their inner powers. I will say there were times when I was a bit lost as to what was happening. I would have liked a bit more background information on what was happening and the Samuel legacy. You are finding out at the same time Catherine does, so as the reader, I felt as in the dark as she did. At times I found this to be a bit frustrating, but I was still interested in the outcome of the book. I believe this is Nita Round’s debut novel, and I will definitely read whatever she writes next. 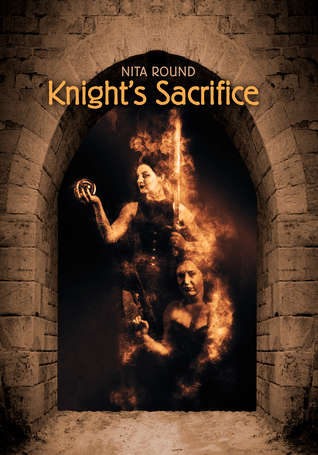