Carsen Taite is one of my go-to authors. If she writes I’m going to read it and read at that exact moment I will. I know when I pick up one of her books I am going to get a top-notch story. Her newest book Practice Makes Perfect we begin a new series focused around an Austin based law firm owned three besties, Campbell, Grace, and Abby. I knew within the first couple of chapters of Practice Makes Perfect that Taite had written something truly special. I was dazzled!

I am a romance junkie. I love a good medical drama, legal drama, insert trope here, but what truly makes my heart sing for joy is the relationship between the two leading ladies. I want, I need the romance to be the standout. Catch the bad guy, save the life, win the gold, sure, but let’s get back to the love story. Taite in this one brings the romance front and center, and damn it’s good!

Campbell Clark is spontaneous. This character trait serves her well at times. Her spontaneity convinces her overworked besties to quit their well-paying jobs at large established law firms to venture out on their own and open a boutique law firm. This is Campbell’s big idea and now she has to land the client’s to keep her best friends bank accounts in the green and their dream viable.
Wynne Garrity knows all about being over-worked. She is on track to being a partner at her Austin based law firm. She just has to keep killing herself to get there. Her boss is a maniacal jerk, she has zero social life and spends all of her time surrounded in paperwork. It will all be worth it, right?

Wynne and Campbell know each other from law school, Campbell popular and charismatic, Wynne hyper-focused and solitary. There two come back into each other’s life when both of their law firms are trying to woo a Facebook-like company’s account. These two are pitted against each other for the business until the proprietor decides to throw them together to work on a lawsuit. They have to work on this case all the while being the competitor. Not to mention, and this is big, they are wildly attracted to each other. Let the sparks fly!

This book has two fantastic leads, an attention-grabbing plot and that sizzling chemistry that great authors can make jump off the page. While all of Taite’s books are fantastic, this one is on that next level. This is a damn good book and I cannot wait to see what is next in this series.

Cara Malone reached out to me and offered me the opportunity to read her latest book The Rules of Love. Right off the bat, just reading the story’s description I was intrigued. Which for some of us that read 100+ books a year, intrigued by something new is a whole lot of awesomeness. So, what struck me most about Cara’s story, her main character, Max.

Maxine “Max” Saddler is just beginning her first year of grad school working on dual masters in library science and user experience. What makes Max’s character so interesting in terms of a romance novel is that she has a mild form of Asperger’s syndrome. Max tends to put people on the defensive, she’s blunt and lacks the social etiquette that people expect when meeting someone new. You can see how Max struggles in the friendship department, even though she is a thoughtful and lovely person. You just have to get past the lack of social skills and have patience combined with an understanding of her nature. This is especially difficult because Max is very protective of letting anyone know about her Asperger’s. She wants to be seen for herself and not as someone with a disability.

Ruby Satterwhite grabs Max’s attention like no one ever has. Ruby is gorgeous, fun, super smart and a true social butterfly. She’s the girl that walks into a room and is friends with everyone by the time she leaves. Ruby is one of those magnetic personalities who people just automatically gravitate too. Ruby is immediately struck by Max, right off the bat she is attracted to the beautiful loner. Making a point to introduce herself to Max, Ruby is thrown off by Max’s abruptness and the borderline antagonistic qualities their initial meeting has. Fortunately for Max, Ruby can’t just write her off, they are forced to work together on a group project.

At the thirty percent mark, I was 100% percent invested in the book and completely unsure how Cara Malone was going to get these two ladies to the happily ever after moment. Max continued to rub Ruby the wrong way, and add into the mix that Ruby is still nursing a major heartache after her first love of six years dumped her out of the blue right after undergrad graduation. All I could think is damn we have major mountains to climb to get to true love. Never fear, our author gets us where we need to be in the most unexpected but adorable way. In regards to Ruby and Max, I would love to see more of how their relationship fares as time goes on, but I thoroughly enjoyed the ride in bringing them together. The Rules of Love is a delightful read, you can’t go wrong picking this one up.

The Rules of Love: A Lesbian Romance
by Cara Malone
Link: http://a.co/bVypAUC 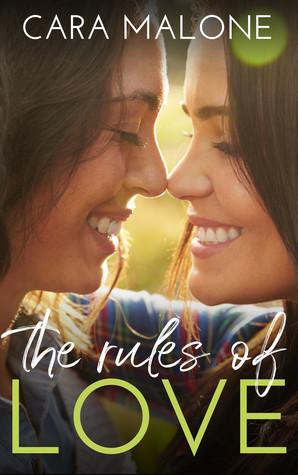 The cover of a book is often its first chance at selling itself. Now, I’ll be the first to tell you there are some awful book covers out there that have amazing stories within their lackluster cover. The opposite is true as well of course. The book cover for Class Act is quite well done.

Rory Morgan is not the girl on the cover of this book. When I look at the cover the cover I see a preppy, put-together young woman who probably buys a lot of her clothes at J Crew. That girl is not Rory Morgan, I for the life of me cannot figure out why this cover would be used for this book. Rory a self-proclaimed butch, whose daily uniform, consists of a men’s v-neck white tee, faded bootcut jeans and engineer boots with wild unruly curly red hair.  Within the first twenty minutes of reading this book I was actually over Rory, and quite frankly almost ready to DNF the whole book. The entire first two chapters are chock-full of so many stereotypes it was irritating. Her character comes across as kind of an ass, unrealistic ass at that too. She in no way sounds or acts like a twenty five year old, seriously how may college students sit around and listen to Simon and Garfunkel. (I am sure there are a few, but I am making a point here). Then, factor in that Rory consistently discredits all other female students, as giggling girls who only talk of whom they wanted to sleep with or they are all hipster lesbians with expensive coffee addictions who are offended by everything.  Seriously, come on! She doesn’t want to date a kid. Excuse me but when did college students, grad students specifically become children, especially to a twenty five year old. Rory does not embody a mature student. No she embodies a much, much older woman with a giant chip on her shoulder.

Dr. Margaret Parks is the other main character in this story. She also happens to be Rory’s Topics in Theater professor.  I don’t even know that to write about her to be honest. She’s meek at times when her character is supposed to have a hard no-nonsense approach to life. She’s indecisive and quite flat as a character goes.

I cannot recommend this one. Literally, the best thing about this book is the cover and it is not a reflection of either character. Blatant stereotypes annoy me. For the record, no, I am not a hipster with an expensive coffee addiction. I can drink Maxwell House quite fine, thank you very much.

I was given this book by Netgalley & Bold Strokes Books in return for an honest review. 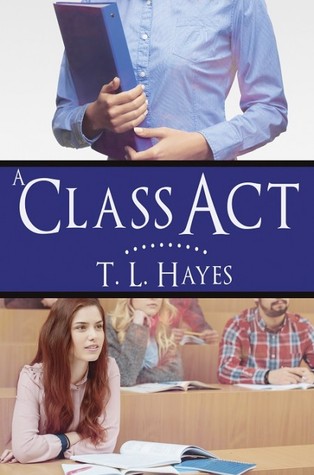 Can one terrible moment in your life, cause you to abandon everything you hold dear? Stone Gardens by Lois Cloarec Hart, will tackle that exact question.

Grae Jordan has run away from her family, friends and her old life. A tragedy Grae believes she caused her senior year in college, has caused her to abandon the life she had created for herself. For eight years she has avoided everyone she has ever known, basically becoming a ghost in her hometown. She has changed the way she looks, hiding in tattoos and piercings, and has even altered the way she speaks. Her running away has caused her to live a life of barely making ends meet. She is living in a slum, working a minimum wage job, and all the while taking care of the young man, Marcus, she rescued from the streets.

The beginning of the story Grae runs into trouble, a brawl at her job ends her up in court. Just as Grae is set to enter her not guilty plea for assault, she sees that the judge for the case is her mother, Thea. This moment causes a chain reaction of Grae dealing with her past, and including her family back in to her life. Her mother makes Grae a deal she cannot resist. One year of rent-free living, for her and Marcus, if she will enter into therapy, which she reluctantly agrees to.

Through the course of therapy Grae begins to shed more light on why she is who she is, and why she felt the need to change herself. She enters into new relationships, and works on the ones she let go for many years. Therapy forces Grae to take a hard look on what really happened in college that made her who she has become today.

Stone Gardens has a lot going on. I my personal opinion, it has way too much conflict. It seemed that every chapter had a new ordeal for Grae to overcome. From my perspective, it became exasperating. I could not invest any one issue because it was glossed over and on to the next life altering moment. While the writing is done well, the relationships between the characters is lacking. At times I felt like the dialogue was forced and didn’t sound natural. Particularly the relationship between Grae and Marcus, for some reason it did not ring true to me.

The other issue I had is that the romance of the story is flat and underdeveloped. Grae and her love interest, Kendall have little chemistry but the potential was there, it just didn’t come to fruition. They fall in love way too fast, when as the reader, you get see very little of the building of that relationship. Conversations are implied, but very few were shown. It is hard to become invested, when it is all implied. Also, glossed over was the re-connection with her family. Again, I think this book would have been much better if it has less conflict and more dialogue between the characters.