I was super intrigued when I read that Jaime Maddox was going to write a story about Dr. Jessica Benson. She was an important character in Deadly, and quite frankly came across as a giant jackass. I wanted to see how the author would bring this character some redemption.

First, you really want to read Deadly Medicine before you take a go at this one. Do you have to? Well no, who am I to tell you to follow the rules, but I would recommend it.

If you remember Jessica is Ward’s ex, who basically trampled her heart, cast her out like a stone, all the while popping OxyContin and Xanax like tic-tac’s.  She was a hot mess before being held hostage by the psycho serial killer doctor from Lucifer’s lair, and now it has gotten even worse. So Jessica decides to take treatment for her PTSD and drug addiction, before life spins even further out of control.

Enter Mac Calabrese as Jessica’s love interest in this novel. Mac is your all around dashing, do-gooder detective for the Pennsylvania State Police. One-hundred percent committed to her job, never meeting anyone who interested her more than catching bad-guys.  Mac meets Jessica as she tries to put the pieces together of the Edward Hawk case.

Do sparks fly? Well kind of.  Jessica is going through such a huge transition in her life after completing her stay at a rehabilitation center and getting sober, but she doesn’t really know what to do with her attraction to Mac. Mac being the good gal knows that Jessica is totally off-limits while the Hawk investigation is open. Really, you would have hoped for more tension during these trying times, and it’s there, it’s just not tense enough, in my opinion.  Plus there are these other sub-plots going, which to be honest were super unnecessary and trivial.

I will say I enjoyed this book. I absolutely did not like this character coming out of Deadly Medicine and surprise she is redeemed. This is a solid book that will entertain you for its duration. 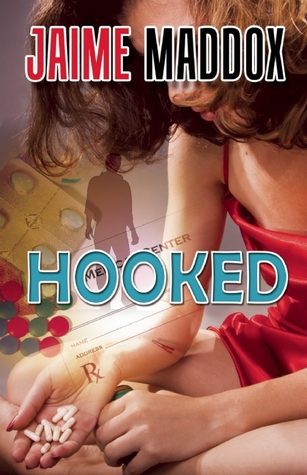