If you are a Radclyffe fan, you’re going to love this one. The romance of Heart Stop has all the right elements. Fantastic main characters, delicious romantic tension, and just enough angst to keep you riveted to the storyline. I adored this book!

Dr, Jay Reynolds is lucky to be alive. An almost life ending accident has changed the direction of Jay’s life. Jay was born to be a surgeon. This was her life plan for as long as she can remember. In the blink of an eye, everything has changed. Jay is no longer physically capable of surgery. She can’t stand for long periods of time and not to mention the tremor in her hands. A push from a friend Jay changes her medical career into the field of pathology.

Assistant chief medical examiner Olivia Price is 100% the job. She expects excellence not only from herself but everyone around her. Burned by her first love, Olivia has completely written off all aspects of love, nope, this is for others, not for her. She spends her time focusing on the dead, and giving them final respects and answering clues on how they met their end. She is fine with that. Of course, this all changes when a new student, is thrust upon her.

Right off the bat, you have two things, a lot of tension and a lot of attraction. Let me tell you, I loved every second of Jay and Oliva’s story. It’s interesting, it’s hot and Radclyffe gives you just the right amount of push and pull to keep you riveted to their story. Secondly, there is a crime element of this book. If you have followed Radclyffe’s books you are going to meet up with a lot of past characters. Rebecca Frye and Catherine Rawlings, Dellon Mitchell and Sandy Sullivan, Dr. Ali Torveau and Beau Cross are all in here somehow connected to our main characters and looking for who a fatal synthetic heroin has ended up on the streets of Philadelphia. I think when you have a book that includes past characters you walk a thin line of whose book is this. Radclyffe does a good job of their cameos tying in directly to the story as a whole.

I always love a Radclyffe book, and this one I must say was a delight. I really, really liked Jay and Oliva’s dynamic. 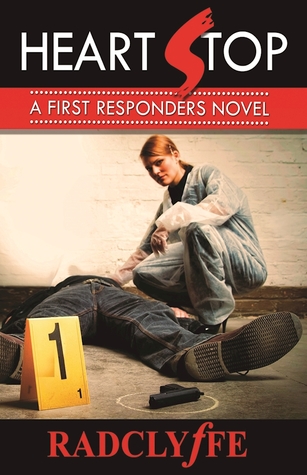 If you have a passion for ranch management, well then this is the book for you. I’m talking livestock production, breeding programs, animal health, management principles with a side of romance and a nefarious drug lord.

Griffin Reese is an up and coming defense lawyer from Dallas. Her business partner and lover, Christine, begins taking legal cases for drug kingpin and all hell breaks loose. On the run from the man who aims to kill her before she can testify in federal court, Griffin hides out on her grandfather’s cattle ranch in the panhandle of Texas.

Teal Giovanni was a US senator’s right-hand woman and her lover too. The problem is the senator happens to be married, while the senor’s husband is understanding of her extramarital affairs, her constituents are not. When the press catches wind of Washington’s juiciest headline, Teal is cast aside while her boss plays innocent. She tucks her tail between her legs and heads for her cousin’s ranch in New Mexico. Her car gives out, and she is stranded in Texas and guess who rescues her, you got it, Griffin.

Where books with similar premises thrive (ex. Carsen Taite’s latest, Without Justice), this one does not. Swelter is not a long book by any means but it feels like you just read forever. There are too many details about inconsequential subjects, which become distracting, and quite frankly boring as hell. Paragraphs about castrating cattle just don’t make my heart swoon, but hey maybe it’s just me. The setting should add to a story, not be the story.

The cover of this book almost made me shy away, but the subject of this book intrigued me enough to give it a go. Was I disappointed, no quite the opposite actually.

DEA Agent Colby Vincent volunteers for her first undercover assignment. Being a veteran of the Armed Forces has given her the edge in landing this assignment. Colby is to take the role as a homeless veteran to uncover a drug smuggling operation in Greensborough.  The DEA is convinced that homeless vets are being used to distribute large amounts of prescription drugs on the streets.

Adena Weber part-time lawyer, part-time philanthropist has devoted her life to helping the disadvantaged of her beloved hometown. Her father has just been murdered, and she will stop at nothing to uncover this crime as well as continue his life’s work of running a resource center to help get people off the streets and into jobs.

This book does an excellent job of describing what life could look like on living on the street. You see through Colby’s eyes exactly how hard it is to stay under the radar of the police, the predators and find food and shelter. How life’s basic needs become paramount, and wants are a distant memory. You cannot help but be moved by the misery Colby faces as she hides in parking garages, fells unspeakable hunger and literally fights for survival daily.

When Adena and Colby meet it is that instant attraction, neither can take their eyes off each other but the timing is all wrong. Colby isn’t the successful DEA Agent, no she is on if Adena’s clients, and the timing is off for these two. This attraction must be squashed until the case is solved.

The mystery portion of this book is really good. You are never sure what is going to happen and Powell does a fantastic job of creating the scene and dragging you into this world. I loved seeing and feeling how Colby felt invisible and criminalized because of her being part of the homeless population. You could not help but feel her pain, even though you know it’s temporary. You really felt an understanding of the struggle it must be to be in this dire situation. What I did not feel a connection to was the romance. While I felt like it started to take shape in the beginning, ultimately it fizzled and fell flat. I didn’t feel the love over power these two, and I really did not care much for how they finally came together. It felt very anticlimactic and very rushed. Leaving me kind of on a sour note.

I was given this book by Bold Strokes Books and Netgalley in return for an honest review.

Strong women are hot! So when a book crosses your path about a no-nonsense DEA agent and a hard hitting investigative journalist well you have my attention.  Read I must!

DEA Agent Dale Nelson has had a rough year. This former military turned law enforcement officer knows all about pain and loss. Her wife and lover of ten years, Maria, was gunned down and savagely killed as she picked up the morning paper. Dale and Maria had dedicated their lives to serving their country.  A drug cartel that was angered by Maria trying their case in federal court made them suffer the ultimate sacrifice. Now Dale must forge on, and she will stop at nothing to find the killers and make them pay.

Lindsey Ryan finds the truth no matter what. This is her job and she is the best. She has toured the world finding stories and exposing them. Recently back from a tour in Afghanistan where she exposed the horrors of war to the people back home, she is less than pleased with being sent to Dallas for a fluff piece on the DEA. Little does she know that everything for her will change when she meets the dark and mysterious Agent Dale Nelson.

This is the second in the Lone Star Law Series. The books follow the inter-working of drug cartels, their families, US Attorneys and the DEA all involved in this fascinating web of crimes and whodunits. I’ll be honest I did not read the first one. Sometimes I like to pass on books set in my home state because I am sometimes appalled by characterizations of Texans. Taite being a Texan herself usually does a good job with the portrayal but you can only have so many cowboy wearing boot characters in my opinion. I promise we don’t all wear these (ladies especially not with a business suit).  So, I passed on it. This one I am glad I didn’t. It was a really interesting story and the characters had a nice chemistry. Lindsey is a really cool character with a lot of personality and I enjoyed Dale’s subtle vulnerability. The ending was rushed, as it sometimes can be. In my humble opinion it needed about three more chapters to really round out the story, but hey what can you do. Overall nice read, and I look forward to the next is the series.

Above the Law
by Carsen Taite
Link: https://amzn.com/B01FUM2XTI