Skip to content
I think this book is a fabulous closing to the Lone Star Law Series. I think Taite improved the series with each book and this one being the best overall. This book felt more romance than crime. Which I cannot say about the others. Of course, we had to wrap up the ongoing investigation, put those bad mofo’s in jail but I just felt more spark this time around. I think you will see that the characters are given more time in the book to explore that romance and as a romance junkie, that was much appreciated.

Tanner Cohen is one of the FBI agents you met in the previous books. Tanner has been very much an auxiliary character until she helped with the rescue, Bianca Cruz’s daughter. Tanner is your strong silent type. She is the job, 100%. What we didn’t know is that Tanner gave up the love of her life for this career and that former love just showed up in Dallas and is on the case as well.

Sydney Braswell is Tanner’s law school sweetheart. They had their lives planned, finish school, take a job at a high-powered law firm, big house and kids to finish it out. The only problem, Tanner wanted something else and that desire to join the FBI broke them. Sydney found out the high profile firm wasn’t all it was cracked up to be either and is now a special prosecutor for the Justice Department.

Tanner and Sydney’s journey back to each other is sweet, sexy and sure to keep you entertained. Overall this series has been delightful, I was thrilled that the book to finish out was this good. 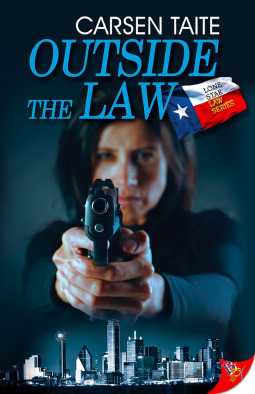 Carsen Taite tells a great story. She is consistent in giving her readers a good if not great legal drama with characters who are insightful, well thought out and have good chemistry. You know when you pick up one of her books you are getting your money’s worth time and time again. Consistency with a great legal drama is all but guaranteed. If you’re a fan of Taite’s work, Without Justice, is a no brainer.

Cade Kelly is a former Assistant US Attorney from Chicago. Her life is turned upside down when a mob family she is prosecuting sends their hitman after her. A bullet to the chest almost cost her life. Forced into the witness protection program was her only chance of survival. This Chicago hotshot lawyer is whisked way to a rural small Texas town to live out her days till the Feds can track down her killer’s and put the Oliveri out of business for good.

Emily Sinclair is the daughter of a US Senator and the newly appointed district attorney for Lawson County. Emily has been so focused on her career for so many years she has only just realized she is longing for the stability that only a family can provide. As the new DA, she has a lot of irons in the fire, but the one feeling she cannot shake is she wants more than just a career.

There is profound chemistry as soon as Cade and Lily meet for the first time. However, both struggle to get the relationship going. Cade is living a double life and is uneasy in lying to someone she cares deeply for. She feels as if she is bringing danger right to Emily’s doorstep. Emily feels the pressure of her work weighing her down and there is something about Cade that she doesn’t fully trust. Yet their time together is compelling and the pull is there no matter how much they resist it.

This book has legal drama in spades, a developed love story, and captivating characters. You can’t help but like this book, its solid on all fronts and well worth your time. My only complaint is that I wish we had just a smidgen more time between the two main characters. A few more down moments of them with dialogue would have been fantastic. 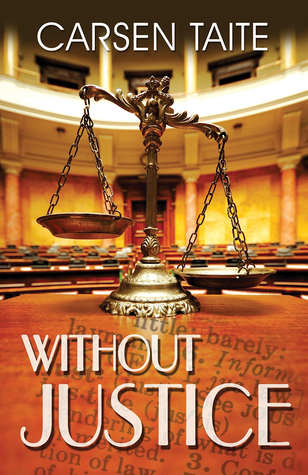