The Garoul series has always been one of my most favorites to read. I have adored each book and been captivated by the characters that have jumped off their pages. I had no idea what to think about going back to the beginning and telling Connie and Sylvie’s story (set in the late 1970s) but I was in for whatever adventure Gill McKnight was going to throw my way.

Connie Fortune is in the Little Dip area to photograph and illustrate the Yellow Cukoo. A bird the has recently been placed on the endangered species list and is extremely rare to be seen in North America. Connie’s quest for the elusive bird drops her right into the path of Sylvie Garoul.

Marie Garoul has been brought back to Little Dip to help her mother/pack leader work on the family almanac. Marie and Connie clash from the minute they meet. There is that pull towards each other but their heads and smartass comments keep them circling each other the majority of the book. Tensions and high and so is the attraction.

Beware once you start this one you will have a hard time putting it down. As always Gill Mcknight dazzles us with her storytelling. You couldn’t ask for a better escape. This book is fun, sexy and so well written. I sincerely hope that we see more Garouls soon!

***Note if you haven’t read any of the books in this series you can absolutely start with this one! 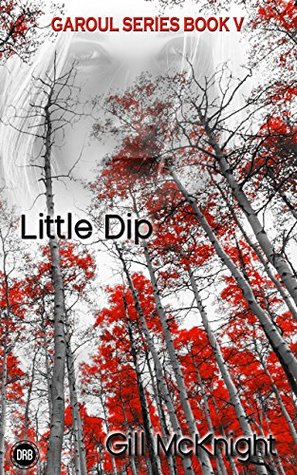 Wendy of the Wallops is the second edition to The Wallops series by the amazing Gill McKnight. I was absolutely delighted to find out the ever so klutzy Wendy was going to be the main focus of the book. I can absolutely tell you that Wendy of the Wallops did not disappoint.
If you remember from the last book, Wendy had just come to terms with her sexuality. If you don’t it will be okay this one can easily be read as a standalone, but why on Earth would you want to do that. Wendy is an interesting character. She is serious rule follower that is chock-full of insecurities but a good friend and steward to her community. She also tends to get herself tangled in wacky crazy predicaments. All of this makes for a dang good read full of laughs and zaniness.

When we meet Wendy she has just been assigned to a new case. An informant who has turned on a nasty gang has just gone on the lamb. The London police think that he may be headed to see his daughter who has just moved to the Wallops. Wendy is in charge of keeping an eye on things in town and making a connection with his young daughter. To do so she must begin volunteering a leader for the Girl Guides. This runs in smack dab into the mischievous and sexy Kiera Minsk. Oh, let the chemistry just boil over. Kiera pushes all of Wendy’s buttons but she cannot keep her eyes off her.

McKnight has given us one damn good book. I was thoroughly wrapped up in its awesomeness. A loved every minute and I truly hope to see these characters again. 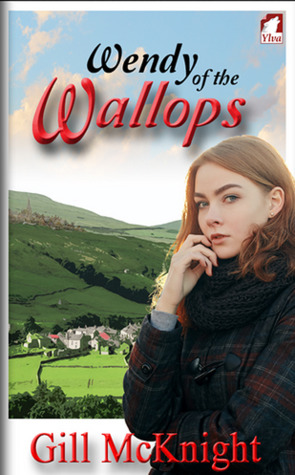 The Tea Machine by Gill McKnight is a fantastical tale of time travel. I found myself simultaneously enthralled and confused.

The main character of this novel is Millicent Abberly who hails from London via 1862. Millicent is a strong, sharped tongued, independent, super intelligent woman who is light years ahead of her time. Miss Abberly is a forward thinker, who is more than capable of handling a time traveling adventure. Good thing for her, her brother Hubert just invented a time traveling machine.

The story starts as Millicent takes an unexpected journey to 100 years into the future. No, she doesn’t end up in the 1960s, she goes to a parallel universe when Roman Empire is fighting to control the galaxy. There she meets up with Decanus R.J. Sangfroid, a handsome lady soldier, who is battling colossal squid that are hell bent on destroying the ship that Millicent just showed up on.

I told you this story was fantastical, and it doesn’t stop at a futuristic squid battle. Millicent, Sangfroid, Hubert and a handful of other characters have caused a ripple in time. Time travel has consequences and this crew must be dealt with the fallout.

I had to really think about this book upon conclusion. What could I say to a fellow reader, I asked? So here goes… This book has a lot going on. At times I was lost as to where we were going. Just when I thought I had figured it out, nope Millicent and company are off to another adventure. You have to read this book with a wide open imagination, don’t try to figure it out until it’s completed. I did enjoy my time with it. I loved Millicent, she is awesome. I do wish more of Millicent and Sangfroid’s love story was brought to the forefront of the story. McKnight did a good job of establishing chemistry between them in the beginning of the book, but it was like it became a side note in the final third of the story.

I think if you are really interested in science fiction you will find this book fascinating. If you are looking for a clear cut romance, this may not be the one for you. It’s definitely different, but different is not a bad thing. This book is what I would call unique!