In the past couple of months, I have been voraciously reading Andrea Bramhall’s books. I read Ladyfish a few years back and liked it but it didn’t rock my world. Nightingale, Clean Slate and Collide-O-Scope now those are total world rockers. Needless to say, I am hooked on her stories now. So when Ylva sent me her newest book Just My Luck, I was super excited for whatever world Bramhall would take me to and immerse me in.

So what did I think you ask? Well, I never would have expected a romantic comedy. You heard me, a ROMANTIC COMEDY from Ms. Bramhall! Whattt! I am here to tell you this is one good story. Just My Luck is full of gregarious, zany characters who you just cannot help but love.

Our main character is Genna Collins. Genna is a twenty-four-year-old logistics worker who has a heart of gold. Genna takes time out of her week you teach reading to dyslexic teens and adults. She also helps raise her niece, Rosie, who has Down’s Syndrome. She offers assistance and unconditional support to both the child and her mother, Abi. Rosie’s dad is nothing more than a drunken loser, so Genna has stepped into the role as a second parent to Rosie. Total nice gal here! Genna, has a girlfriend of a few year’s but her heart belongs to another. Guess who, Rosie’s drop dead gorgeous mother, that’s who. Genna muddles on with her not-so-fulfilling relationship because she believes that Abi is out of her league and 100% in the friend zone.

Abi is also completely head over heels in love with Genna, but fear stops her from ever letting her true feelings loose. She believes her age, fourteen years Genna’s senior, is too great an obstacle to overcome. Genna’s friendship means more to her than taking a risk on love. Oh the drama that will ensue!

While Branhall’s other novels have serious plots, murder, kidnapping … this book is just more fun. These characters talk to you, the reader, and it took me a few chapters to get into it, once I did I was hooked on them. I loved being in their headspace, feeling their struggles right along with them. Genna is a doll, and it was refreshing to read a character who had issues that were like an average person. She is a little too pudgy in her mind, so self-conscious, but absolutely sexy curvaceousness to Abi. This book is all about good fun with great characters. The best part is you will laugh and giggle at Genna and her antics repeatedly. My only complaint, I wish the ending would have lasted another chapter or two. 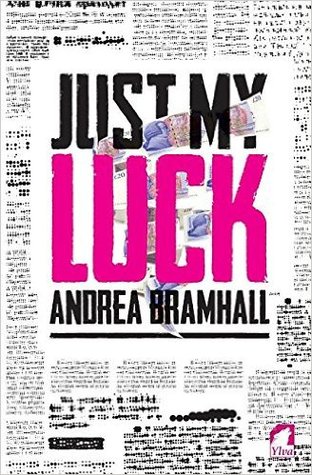 Jane’s World: The Case of the Mail Order Bride by Paige Braddock is chock-full of humor and wild ride of idiots running amok in Northern California. It’s absurd, ridiculous and loads of fun.

Jane is a quirky goofball who is a former journalist turned librarian. Recently single and not happy about it Jane is slugging through her daily life wondering why Dorothy (the ex) has dumped her yet again. Jane doesn’t seem to have a whole lot of direction in her life (early 30s) at this point when most people are settling into their career and this seems to be the strife between her and Dorothy. All of the sudden because of a $10,000 PayBuddy (Paypal wannabe) mistake as mail order bride named Natasha shows up at her door.

Dorothy loves Jane. She is heartbroken and is kicking herself for letting Jane go. She needs Jane to be more, she needs her to grow up but she’s not really sure why, other than the fact that they always seem to out of sync. Let’s just say Dorothy is less than thrilled when she finds out Jane is “engaged” to a mail order bride from Transnistria.

This whole story is illogical and ludicrous but it is great fun. You have to know going into this one that the whole story is just good, lighthearted fun. It was definitely refreshing to read, I didn’t love it but it has a heavy like. 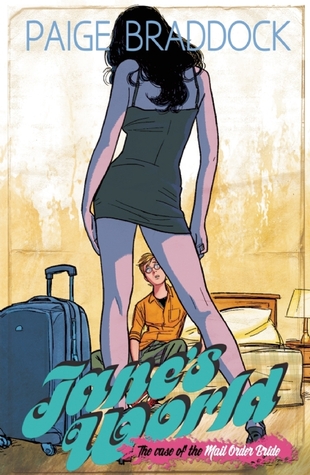 Interesting characters and great dialogue are what makes a book standout to me. I want a character or characters that are memorable. I want dialogue that sounds like real people talking. Easy right, yeah you would think so, but this takes real skill by a really good author. A few weeks ago I was contacted by Suzanne Falter and asked if I would be interested in reading her novel, Transformed: San Francisco (Charley & Electra #1). Let me tell you, this book is so much fun, and a really fantastic read.

Charley McElroy is a kind, witty, an exceptionally smart guy. He also happens to be a transman and an undercover CIA agent. Upon meeting Charley you learn that this amazing character is suffering from a touch of loneliness. His recent breakup is the cause. Not so much that he lost his great love, but from the fact that another lover has left because of they can’t commit to a life with Charley for the one reason that he doesn’t have a male appendage, you know which one I’m referring to. His recent ex wanted “real sex”, she wanted kids, the novelty of having a trans lover was over for her as she walked out his front door.  Talk about OUCH!!! Charley has been dealt another blow, another heart break because he is who he is. He begins to wonder should he have bottom surgery, and would this change the outcome of his personal relationships.

I adored both Charley and Electra these characters are so much more than a dominatrix and a transman. They are fun, quirky, almost comical at times, and not because of their labels but because they have big personalities. They are relatable and that what makes the reader grab on to them and want to go on their journey. You feel their “heart” in the story. I really enjoyed their path to romance, I could have spent all day just reading their story but this book has so much more to offer than just a romance. Oh yes, you have a thriller as well.

The book also has a crime oriented. You see a sub character Randy Tytus is fanatical evangelistic psycho that wants to eliminate the sexual deviants from Earth, specifically the hedonistic mecca of SF. Randy has suppressed his urges and has heeded his dead father’s evil ways and has decided that the only way to memorialize his father is to keep the hate going. So Randy travels to SF to find his prey. EEEKKK! The only problem is that Randy begins to have urges again and begins to sees the human side of things. That doesn’t mean he stops his crazy plan, nope this cuckoo bird and his villainous way just keeps on trucking. No worries though Electra, Charley and their upstanding police friend, Frankie will save the day and the City by the Bay.

This book has personality, it has heart, and it has characters that are more than just a label. This book is fun and really has moments of lightheartedness while it tackles hard hitting subjects. I think if you take one thing away from this book it will be the fact that love really does make life better. Cliché absolutely, but also totally true.

Rusty Martinez is a thirty-eight year old CEO of a super successful company that delivers grocery’s to its patrons. She started this company with her high-school friend, and has shed blood, sweat and tears to make their company prosperous. Her hard work has cost her though, she has no life outside the business and Rusty recently suffered a stress induced heart attack. This workaholic, control freak is forced by her business partner/best friend, to take a sabbatical to Ancelet Bay, a sleepy town two hours from her company’s home base in Baton Rouge.

Kirsten Flyte is the police chief of the Ancelet Bay. She is a kind, thoughtful woman who is used to dealing with the peculiar folks that reside in her hometown. Kirsten has followed in her father’s footsteps in becoming the chief of police, the first woman to do so, and she is an absolute thorn in the town’s shady mayor’s side. She also has a peeping tom to catch that is causing a ruckus all over the town. If she wasn’t already busy enough, she now has Rusty to deal with.

The cast of characters in this book is what makes it a really good read. Stella, Rusty’s new next door neighbor is absolutely gut-busting funny. She easily is the best character of this book. She delivers one liners that literally made me laugh like a hyena. Rusty and Kirsten’s romance is a slow one, but not in a bad way, it was nice. Did it make me swoon, well no, but Rusty Logic is really good but it does swing to more of a comedy than overall romance. Was it worth the price and my time? Absofreakinglutely!

POW! BOOM! SMASH! Melissa Brayden strikes again. The women is a superhero with a pen. She literally can write dialogue like no one else. “Ready or Not” was unbelievable. The final book in the Soho Series may actually be its best, and that says a lot.

Mallory Spencer, I could not be more excited to see her journey. In the past two novels she was a character that I always thought was fascinating. All business, high society and a heart of gold. Mallory puts the needs of her friends and the needs of Savvy above everything. She is very much the backbone of her the company.

Hope Sanders is the Hot Bartender. We were briefly introduced to her in “Just Three Words”, sending free cocktails Mallory’s way. Hope is the proprietor of Showplace, the Savvy ladies go to after hours bar. She has not had anything handed to her, and has to work her tail off for every one of her successes in life. Hope is nothing like Mallory, but everything she needs.

The chemistry is off the charts. The swoon factor is high. I promise you this book will make you smile. I had such high hopes for this book, and Melissa Brayden leapt right over them.

Who wouldn’t want to be a Moonie? This sounds like the best pace on Earth to live. If you’re asking, “what in the hell is she talking about”, you have not read the novel “Love Over Moon Street” by Saxon Bennett. What a fun fantastic read, you will not be disappointed.

The book is a look at six characters, and the obstacles they are facing while living in a small, eclectic apartment complex on Moon Street in Seattle. Each of the six are going through a major life event, some traumatic, all definitely life altering. The book is outrageously fun while tackling personal events, like loss of a parent, adoption and domestic abuse.

I absolutely recommend this book if you need to escape and put a smile on your face!