After reading the very first chapter of Big Girl Pill, I knew K.D. Williamson had written a damn good book. Truth be told Williamson always gives you a fantastic story but this one pulled me in early and had me enthralled till the very last page. This is one of the best lesfic books of 2019. Such a fantastic read!

Maya Davis is headed back to her hometown for her best friend’s wedding. She accepted the job as bridesmaid not because she is thrilled for her besties upcoming nuptials but to finish the job of ripping her heart out. She has been in love with the future bride for years. Seeing Nina get married has to finish the job and let her move one. she just has to get through the excruciating experience with as much strength and stoicism as possible.

Nina Sterling is getting married. She likes her future husband is a resound to the safe future he has planned for them. Nina’s unhappy childhood has paved the way for this wedding. Her mother is mean and emotionally abusive. Her constant barrage of insults has left Nina a shell of a person. She looks back on her time in high school and college with fond memories because of the fun she had with Maya. She would do anything to suppress her feeling for her best friend and erase the memory of their drunken night in bed together.

The main characters in this book are masterfully written. The supporting cast adds so much depth to the story. K.D. Williamson just brought the heat when it comes to character development and dialogue. Outstanding! I could go on and on about how good this book is, but the main thing I can say…go read it. Your heart will be so happy you did! 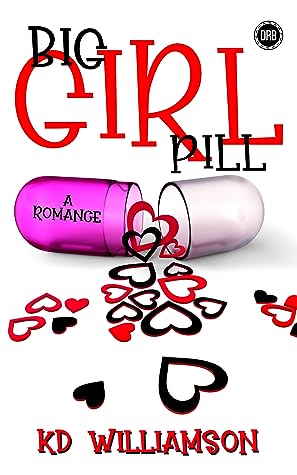 KD Willamson knows how to write a smoking hot book. Girl can get those fires started! Super hot slow burn that keeps you reading a frantic pace. This is a fire you want to jump into.

Haley Jordan is a rookie on the New Orleans police department. Right out of the academy, Haley is sentenced to work with a less that awesome, Tang (a nickname derived from poontang is never, ever a good sign, NEVEREVER). Tang is, as you probably guessed 100% inappropriate. He makes remarks that would give an HR department a heart attack. Haley sucks it up for the greater good and focuses on being a good cop, one she knows the people of NOLA need. Haley knows that the past haunts this police force, corruption was rampant and the citizens of this great city do not trust them for a lot of good reasons. She wants to change that perception with small steps in the right direction.

Dr. Tonya Preston is a psychiatrist. While helping other people with their darkest demons, Dr. Preston has a pile of them herself. A product of a mother with severe bipolar depression and a father that just wanted to sweep it under the rug, Tonya turned to medicine to greater understand her mother’s disease. Her father’s indifference to her holds her back from really spreading her wings. She has chosen to exist rather than flourish even though professionally she has been quite successful.

When Tonya meets Haley in the direst of circumstances a bond is formed. Haley comes to the doctor’s rescue as she was being carjacked and possibly much worse. Haley stepped in, and yes, she helped save the day, but she also treated Tonya, with the utmost respect and kindness. This moment of dire circumstances and human kindness set up the beginnings of a connection. Upon running into each other at a local bar a short time later, Haley makes no bones about wanting to date Tonya. Tonya, however, has reservations, not because she’s not undeniably attracted to the young officer, but because of how much baggage she’s currently carrying. Tonya needs to be in a better place emotionally before she can begin seeing someone. Haley doesn’t let this speed bump stop her, she takes Tony up on her offer of friendship and they take their time getting to know each other before taking it to the next level. Let the tension build and build.

My only complaint and it’s just a tiny one (I don’t mean it that way 🙂 is I personally thought too much time was spent on what Haley was packing. I felt like it was almost a character in itself. Overall, I thoroughly enjoyed this one. I loved how KD Williamson built up both characters and then brought them into a relationship. You felt as though you knew both of the mains individually and as a couple. Even the sub-characters were well-fleshed out. I appreciated southern slang done right. Only someone true to the south can pull it off. Perfect touch! Great story, great characters, lots of tension and it was fan the flames hot. 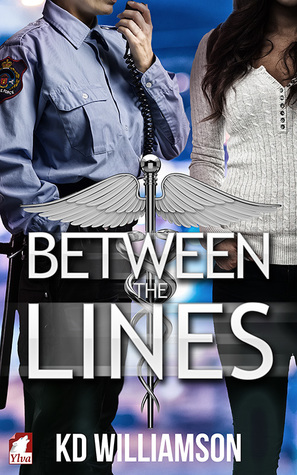 When you read a great book, an instant favorite kind of book, it’s a little daunting to read said favorite’s sequel. What if it sucks? What do you do? You can’t clear bad things from your mind. Brain bleach hasn’t been invented yet. Do you read it? Or just ignore it and wait for your friends to tell you it’s okay. Decisions, decisions!

I loved Blurred Lines by KD Williamson, I mean gushing adoration type of love. It struck a chord with me, and I found myself thinking about the main characters days after finishing it. Love, love, loved it! So, when I received a copy of Crossing Lines, a sliver of fear shot through me (overdramatic yes, but I have your attention). So, what did I do, I reread Blurred Lines. I wanted to read these two back to back to get my mind right. I wanted to remember Kelli and Nora as they were, before I jumped into the Crossing Lines.

Well Tiff how was it, how is Crossing Lines? OMG the damned book is so good! SHOUT IT FROM THE ROOFTOPS! I don’t know why I ever doubted the masterful KD Williamson, she brought it just like last time. This woman can write a book! I was right back to being immersed in the idiosyncrasies of Nora and Kelli’s relationship. Oh dear Lord it was so good! Williamson wrapped me up in their story and had my full attention. Their relationship pulled at my heart strings, when they had a falling out, my heart literally hurt for them. Can you ask for any more in a romance? When a writer can make you, the reader, feel what the character feels you know you have a winner. Crossing Lines joins its fab predecessor on my list of favorites. I ecstatically give it five-plus stars. ♥

I was given this book by Ylva Publishing in return for an honest review. 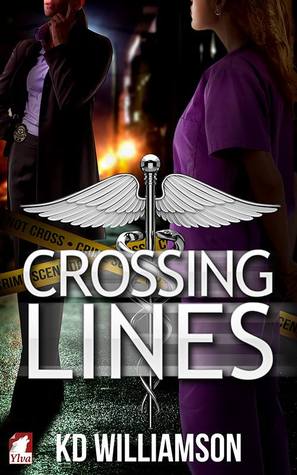