Emily Wellington plays it safe. The only risk she has ever taken was to leave her well-paying marketing career to start a birding magazine call The Tweet. She promised her wealthy Beverly Hills parents and equally wealthy girlfriend that she would give the publication two years and if it was not profitable she would give up on her dream and go back to her old job. Tick tock, two years is up and her business is well into the red. She has also just accepted her long-term girlfriend’s marriage proposal. Pressure is coming from all sides to give up her birding passion, return to her corporate business career and settle in the Beverly Hill’s lifestyle her parents and girlfriend demand.

The opposite of Emily is Sydney Cooper. Sydney is broke, perpetually unemployed and cannot seem to catch a break. A teenage runaway, Sydney has brought herself up on the streets and used pole dancing as a way to make ends meet. Her dream is to teach at a Beverly Hills dance studio all she needs is the owner to finally give her the audition so she can show off her skills.

Emily and Sydney develop an unlikely friendship as Emily searches for a rare bird and Sydney auditions for the posh dance studio. These two are thrust into hilariously awkward scenarios that leave them bickering, laughing and revealing a whole lot of attraction.

Lovebirds is an endearing story that had me captured to the very last page. I loved the spark between the two mains and the dialogue between them was witty and fun. This is a good romance with a little something extra to set it apart.

Colonel Sawyer Kincaid is called in the middle of her beachside vacation to come back to work early. The governor of Florida has called the National Guard to be ready for the imminent arrival of a large and deadly hurricane headed directly at the sunshine state. Sawyer is very aware of the danger Hurricane Leo is going to bring. Having survived Hurrican Andrew in the early 90s taught her that lesson well and let scars that would last forever. Now her main objective is to keep the people of Miami and the Keys as safe as possible.

Dr. Dara Sims is the head of the ER at Memorial Hospital in the heart of Miami. Dara is used to being in charge so when the military shows up in the form of Colonel Kincaid she is determined to keep the reins. What she doesn’t expect is immediate comradery and someone who can read her like a book.

I loved the details of this book. The story has urgency and danger at every turn. You can literally feel Sawyer and Dara racing the clock and mother nature. That part of the books is great. However, the romance feels a bit rushed as there is so much other stuff going on. I loved the characters they are fantastic, strong characters but I would have loved them having more one on one time together.

You know unequivocally you are going to get your money’s worth when you read Radclyffe. This is no exception, not my favorite but a quality read nonetheless.

I tend to shy away a bit from sci-fi. It’s not that I don’t like the genre, I do, but I’m always leery because for the most part, I want the romance, I’m not so much into the world building razzle-dazzle that can often times pull my focus from character interaction. When I came across the premise for The Lily and the Crown by Roslyn Sinclair I felt a pull towards this book. Maybe it’s the cover, maybe the botanist aspect, whatever it was I was ready to take a chance on it. Oh my, I am so glad I did. Sinclair is a rockstar and wow did she ever write a story.

The book is very much a romance. The sci-fi theme only furthers the love story even further. If you’re holding back because of that don’t jump in, and get ready for your heart to be stolen. This is an amazing book with characters that a vibrant and captivating.

Ari Geiker is a botanist who spends the majority of her time alone with her plants. She shies away from human contact and she feels like an outsider. Raised by a father, who is military to his core and has little to do with his child, she found solace for her loneliness in plants. She has resigned herself to this lifestyle. Her whole world is thrown out of whack when a slave is given to her.

Assistant, this is what the slave will allow Ari to call her, has been captured by Ari’s father’s forces. The sole survivor on a pirate ship she has been given to Ari for companionship. Ari has never wanted anyone to be in her quarters and is repulsed that a slave would be awarded to her. Assistant, is stunned by Ari’s kindness, generosity and that she is a champion for her. They form a reluctant friendship that evolves over time. There is a whole lot more to Assistant, I’ll let you find that revelation out on your own.

This book is sweet, it’s genuine and at times it is downright sexy. The relationship builds and builds and as the reader, I could not get enough. This grabs you and holds you, you are invested to the final sentence. This book is beyond good! 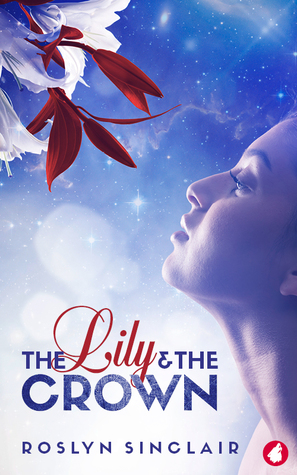 Overall I really enjoy Karis Walsh’s work. She writes interesting novels that have well-developed characters who aren’t perfect, but they super likable and always very intelligent women. Most of her novels follow her particular formula. She creates smart stories, with well thought out plots and characters that you could imagine yourself being friends with. While not overly remarkable her stores are good nonetheless.

The two mains in this book immediately clash with each other, okay that’s not totally true, they do check out each other and make about five minutes of small talk and then said clash! Casey Radnor is headed to the San Juan Islands to study the aftereffects of a recent earthquake. Excited to be in the field, she chats up local Iris Mallery. Iris does not care for the seismologist’s glee of studying this life-altering event. She points out the real people are affected that have had damage to their homes, businesses, and way of life.

Life has a funny way of bringing people back together. Casey, out studying fault lines stumbles on a gorgeous golden retriever in need of rescuing. Who runs the animal shelter in town? Why of course it’s that cutie Iris! A friendship is born and they make a few missteps along the way all the while attraction is just simmering away.

Another quality read from Karis Walsh. She is definitely a go-to for a heartwarming read. 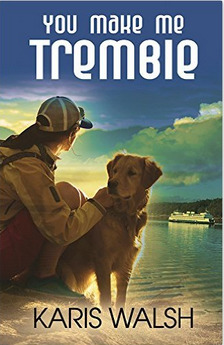 I read the news every day. Every day lately, I wish this was a habit I could break. As much as I try every morning at 5 AM, I’m up, back at inundating myself in the latest world crisis or political snafu. I decompress/escape by heading out for a run or grabbing a book. The Butterfly Whisperer was just what I needed after a long week of craziness that just won’t quit. A great escape, that didn’t overthink what it really was, two girls with a life-long bond that even after ten years of separation, the love was still there.

Jordan Lee owns one-half of a matchmaking company that is super successful, and super exclusive. Her clients are Hollywood’s elitist. A self-made woman, Jordan left her home at the age of 18 just months away from graduating from high school. Her father threw her out when he discovered her personal journals. Only through her writing could Jordan admit the truth. She was undoubtedly head over heels in love with her best friend Sophie.

Sophie Sanders is a lepidopterist. Her work and life’s passion is running a local Monarch butterfly sanctuary in her hometown of Monarch, CA. Sophie is a character that is ruled by her spirit, she has this great zen-like approach to life. She is literally adored by the entire town. The only thing she hasn’t been able to find is her true love. She is hobbled by the fact that Jordan took off and never looked back. Jordan doesn’t know it but she took Sophie’s heart when she ran away.

Add a bit of conflict, add a bit of angst and you have a really good read. Is this anything revolutionary, nope, but it’s not intended to be either. What this book is a great escape. A few hours or days (depending on your speed reading capabilities) to decompress for life’s craziness, and enjoy a quality story with cute characters. Not to mention butterflies, who doesn’t love those.

To Purchase on Amazon: The Butterfly Whisperer 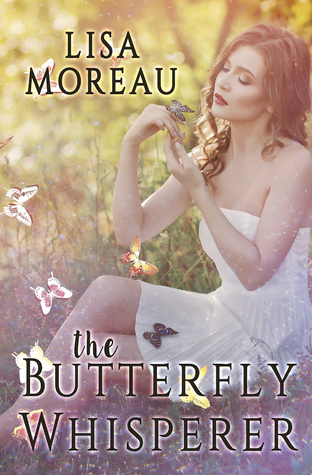