When you see a book get rave reviews, over an over again, you rush to read it right. Shoulda, coulda, woulda! I have had this book on my list of to-reads for months now, why the delay, I am not sure, but I am so glad I finally read this one. It was an amazing way to get 2018 started.

Captain Sabine Fleischer is an Army surgeon currently deployed in Afghanistan. Her days are filled desperately trying to save the wounded men and women that are serving in the war. When we meet Sabine she is struggling to fight her crush on her superior as well as navigate a nine-year relationship that is sinking fast. Her longtime partner is tired of military life. Vic, her girlfriend, was never a being a fan of the Army and the years of separation have created a crater that cannot be fixed. Sabine is trying to get through this deployment and navigate her life back in the States. No easy feat, and it’s all begging to crumble around her.

Colonel Rebecca Keane is Sabine’s superior as well as the object of her massive crush. She’s a gifted surgeon who is rock solid under pressure, respected by her peers and all around a good person. Sabine is drawn to Rebecca even though she knows there is no way they can ever be together. Everything is against them especially her relationship status and military policies. I won’t ruin the story for you, just know that Sabine and Rebecca have a magnetic chemistry together, and love always conquers all.

Reading this book, you feel the horrors of war, the pain of a breakup and the utter despair our service members must have felt serving in the military under DADT. This book was amazingly well written, I cannot say that enough! EJ Noyles transported me to the medical camp and put me right there with the main characters. The story is heart-breaking, romantic, sexy as hell and shows the resilience of the human spirit. It’s hard to believe that DADT only ended in 2011. Thank goodness it did! A great read well worth your time.

Erin Black is a personal trainer residing in Manhattan. She is a loner and suffers from insomnia. Her sleepless nights turn into late night infomercials and surfing Twitter for entertainment. Her boredom leads her to meeting Isabella Martinez. Isabella is the mother of an infant that has stomach issues that keep them both up. Erin becomes her late-night companion, first through sarcastic interaction on Twitter and then into more personal communications via Skype.

This is slow-moving, long-distance friendship that eventually blossoms into more. These two bare their souls to each other, needing a friend and finding it in the most unlikely place. They have witty banter that can turn into fun/playful as well as serious.

A super cute story that ends rather abruptly. You will need to go into this one knowing that the sequel is essential.

Book one of this series ended rather abruptly, so I was very glad to see the publisher did not waste any time with getting the next installment out. I’m going to get right to it and say I really enjoyed the first book, Long-Distance Coffee. I thought it was a sweet story of two lost souls connecting and finding each other. They bared their feelings and hurts to each other, needing a friend and then finding that once in a lifetime chance at love. A sweet, heartfelt story that consisted of adorable banter between the two main characters.

The second book left me feeling more along the lines of meh. Let me explain. This part of the book we finally get the two characters to meet. Woohoo! That’s a great moment. Really a couple of great moments, but then the story began to just drag. It was too much talking and it felt soap-boxy and unrealistic later in the book. I felt myself wanting to skip paragraphs and even rolled my eyes at the parts that I thought were a bit over the top.

I think this series would have been better slimmed down and made into one book. The second part felt too long. Just my opinion, though. I enjoyed Emma Sterner-Radley’s work and look forward to where she takes me next. 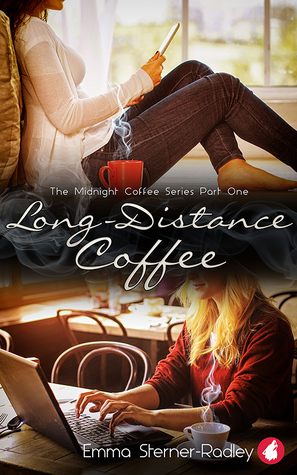 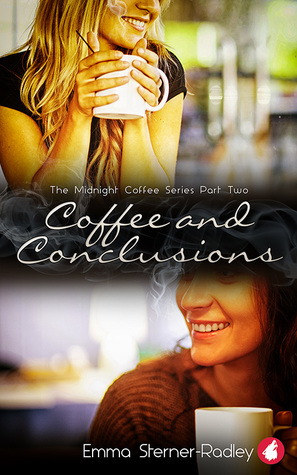 The story starts off when a hard to please repeat customer gives Chef Izzy Calabrese’s wait staff a hard time. Literally, no one wants to serve her, but she is a good tipper, so a double edged sword. Mel Thomas is the tough customer. As the story unfolds, we find out the Mel is in a loveless marriage and is just going through the motions, wanting a divorce but not wanting to admit to the world it didn’t work. Somehow she ends up crying in the arms of her favorite restaurant’s chef.

So when the book started I was intrigued. Bad marriage, chef wanting to be one lending tissues, but it all kind of got muddled with A LOT of moving pieces. I liked when Mel was the bitch on wheels. That all dissolved almost instantly and she became this soft friendly woman. Where is the cold hard character that everyone feared? I was confused as the character literally became someone else.

Then throw in Izzy’s crazy-ex with some severe mental instability. We had enough going on without this added drama. To me, it was distracting and exhausting to keep up with it. Too many moving pieces is not at all helpful to a cohesive story. I felt towards the end of the story everything and the kitchen sink had been thrown at me. 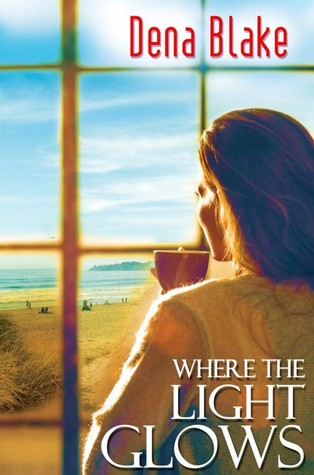