I am a huge fan of Fiona Riley’s books. I though her Match series was such a great collection of books. With that being said, Not Since You was not my favorite of Riley’s work thus far. There is nothing technically wrong with it, not by any means. I just thought the book was more erotica than romance. That will totally work for some, but for me, I would have loved to see more dialogue between the two mains. I want that push-pull, I want those little moments that grab at your heartstrings. This one just did not go there, its a lot of hot steamy scenes in the sheets but thin in other aspects plot-related.

Lexi Bronson has worked as a bartender on for a cruise line for the last ten years. With no family back home, Lexi finds comfort is the traveling nomadic lifestyle that this industry provides.

Charlotte Southwick has just ended a three-year relationship. She came home early to surprise her fiance and found her in bed with another woman. Charlotte decides to take their honeymoon cruise alone and runs into her high-school ex-girlfriend, Lexi.

I love a good fauxmance. Hence the word good! If this troupe is done right, in the end, you have a delightful romance. What I really love about the whole fake girlfriend scenario is you have these tricky moments that both parties have to navigate to “prove” that their love is the real deal. M. Ullrich brings the heat every book she writes but this one took a lot of skill to pull off. Why? She gave us two characters that were not easy sells. What I mean by that is both characters had their flaws, big personality traits, you as the reader don’t automatically pull for them, its actually quite to opposite.

The gist of the story is you have Caroline Beckett, a PR specialist, who comes into a new job with an internet travel company, straight into a problem she needs to fix quickly. Her problem is travel blogger Emma Morgan and her on the side hookups while at destinations she is reviewing. So throw these two together in Miami while Emma reviews an exclusive couples only resort and Caroline keeps an eye on the wily blogger.

This one is a slow burn, you have two characters that resent being put in the position they are in. Therefore they resent being in the same room together. These ladies did not hit it off at all. I am here to tell you in the first few chapters you are going to wonder how this is a romance. It was not looking good my friends. These two have a lot of personalities and they are going to clash, I had to wince a few times. As the story progresses these two find their footing, common ground and begin to look through a new lens. The rocky start morphs into more slowly and you the reader are right there for it all.

This is a great read by M. Ullrich. I always expect so much from this amazing author and she has yet to let me down. A fantastic read that will not disappoint. 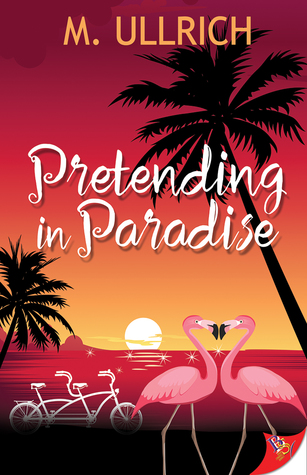 Robin Alexander is one of my go-to writers. She writes these amazing fun loving books that pull at your heart, bring a tear to your eye and make you laugh as you turn the pages of her story. She is one of the few writers where you don’t even have to tell me what the book is about, I’m going to buy it immediately. Fearless her newest addition is no exception, this book has it all (humor, romance, adventure) and it was a fantastic read.

Falon Whyte is on a cruise ship vacation trying to relax and have an amazing time. The problem is she just broke-up with her girlfriend on said trip. Not exactly what she had planned but the constant fighting had to stop.

Haley Hollis is on her first vacation since undergrad. Holly is a workaholic who takes no time for the fun in life. The problem is her bunkmate continues to hook-up in their shared cabin and Haley has spent most of her vacation sleeping on a poolside lounger.

Neither Falon or Haley imagined their vacation to start so epically bad, and that’s not going to be the end of it either. I’ll let you read about their mishaps and experience that for yourself. What I will tell you it’s a glorious adventure full of romance and fun. Two fantastic characters who explore their past and presents to create the future that they desire. I loved this one! 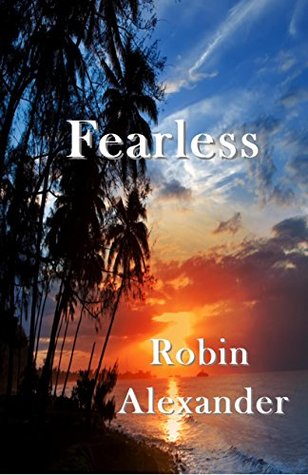 Stranded by Blayne Cooper is a wild adventure in the jungle of Venezuela. This book is fun and witty and will have you rolling with laughter. Blayne Cooper has definite skill in the writing department. She knows how to tell a great tale.

There are three key players in Stranded, Miranda Gutierrez, Rachel Michaels and Nora Butler. Miranda is 17 year old Venezuelan soccer player. She is on the brink of stardom in the game of women’s professional soccer. She has been wooed by many of the professional teams, but has chosen to play for the Denver Dragonflies. Miranda is the reason that that Nora & Rachel have come to Venezuela, securing her contract and squelching her parents fears of their baby living in America.

Nora is the Assistant General Manager of the Dragonflies. This ex-soccer player has given up a lot to get the Dragonflies up and running. Their inaugural season has been blood, sweat and tears, and she is hell bent to get this team to be the best it can be. Nora is to consummate professional, that is, until she sets her eyes on Rachael Michaels.

Rachel is a Denver radio disc jockey that has the number one morning show that she co-hosts with her ex-husband. Rachel has just taken on a second job as the announcer for the Dragonflies. She has been flown down to interview Miranda for an upcoming press release. Rachel is funny and the entire book is told from her point of view. Rachel exudes hilariousness throughout the book, and her combo of feisty and funny is awesome.

All hell breaks loose when Nora, Rachel and Miranda are gifted an adventure into the wilderness of Venezuela. I won’t spoil it for you, but literally the ladies become stranded. They must fight to survive and get themselves back to civilization.

Oh wait and yes there is a romance. Nora and Rachel each have a plethora of baggage they are carrying around, but neither can deny their attraction to each other. Nora is instantly attracted to Rachel, and she does not hide her desire for a vacation romance. Rachel takes a little longer to warm up to the idea, especially since she has sworn off having a relationship with a woman. Their romance is slow, but it is fun and neither ladies shies away from conflict. These two will battle it out until the happy ever after.

I loved how Blayne Cooper does not make a big deal of Rachel’s sexuality. Nora takes it in stride and so does Rachel. There are not any contrived stereotypes or insecurities, it is what it is. These are two ladies who have chemistry and feel drawn to one another. I know when I pick up a book by Blayne Cooper is going to be well written and a damn good read. 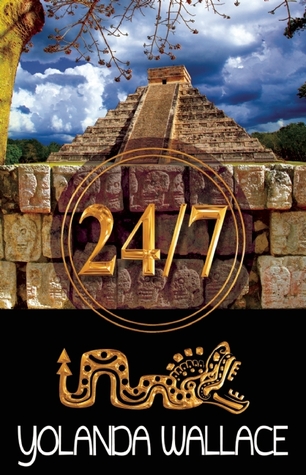 Love on the Red Rocks by Lisa Moreau is a very nice book for the author’s first novel. It was engaging and entertained me as a standard romance novel kind of way. The best thing about this book, it is full of likable, fun characters.

Malley O’Connor plays it safe. She has dreams of opening her own bakery in West Hollywood, but that would mean taking a risk. To Malley life is about making safe practical choices, not following your heart’s pipe dreams. Lizzie her best friend and co-worker is smart, beautiful and fun to be around. So Malley pines away for her, impatiently waiting for Lizzie to dump her on again off-again girlfriend. So when this finally happens, Malley and Lizzie head off for a three week adventure (lesbians only) at a New Age resort in Sedona. Oh no, don’t count your chickens just yet! Malley’s next door neighbor, the super sexy Jessie Barnett is also headed that way.

Jessie Barnett is smoking hot, compassionate poet/police office and she loves to give Malley hell. These two go at it like cats and dogs. Constantly digging at one another, both knowing deep down they love to spar. They just happen to be thrown together as unsuspecting roommates at the women’s retreat. Their interactions were fun, sexy and heck of a good read. The angsty tension was done well, in my opinion (I will say I am an angst lover, this may turn others off). This love triangle becomes alive in Sedona, and Malley must follow her heart once and for all, and start making some serious decisions about what she wants for her life.

Is this book going to change the world, no. Is it revolutionary, no. It is what it is, a good romance novel. The main characters are interesting and well developed. The secondary characters and the surroundings give depth to the story, and add interesting tidbits along the way. I will say, I enjoyed my time reading this book, it gave me escape for the tediousness of work and was lighthearted and fun.

Love on the Red Rocks
by Lisa Moreau
Link: http://amzn.com/B01ATVGLT8 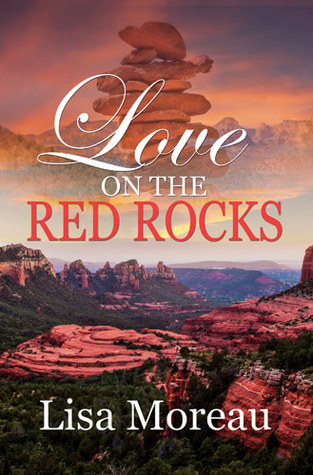